Producer/Artist L.W. Clay Sr. brings the cool vibes for his new single and music video “Lost.” The Delaware native and keyboard maestro’s musical talent and versatility allows him to bounce seamlessly between genres and styles. On self produced and written single “Lost” Clay Sr. slows it down and gives us an R&B number with the kind of soul you would expect from a D’Angelo or Maxwell. For those in the Philadelphia region they will recognize Clay Sr. for his collaborations credited under his a.k.a. “Spyda Keys” with Hip Hop groups like The 49ers, and 3 Fa 10, as well as bands like Xtra Ultra, and Harvey Road.

Check out the Official Music Video for “Lost” Below and stream L.W. Clay Sr. on Tidal Here 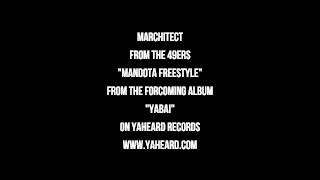 The 49ers To Appear On The Dangan Ronpa Animation Soundtrack

FROM THE OFFICIAL 49ERS BLOG   The soundtrack to the popular Japanese anime series, Danganronpa The Animation was released on August 28, 2013 Dangan Ronpa is a ... Read More